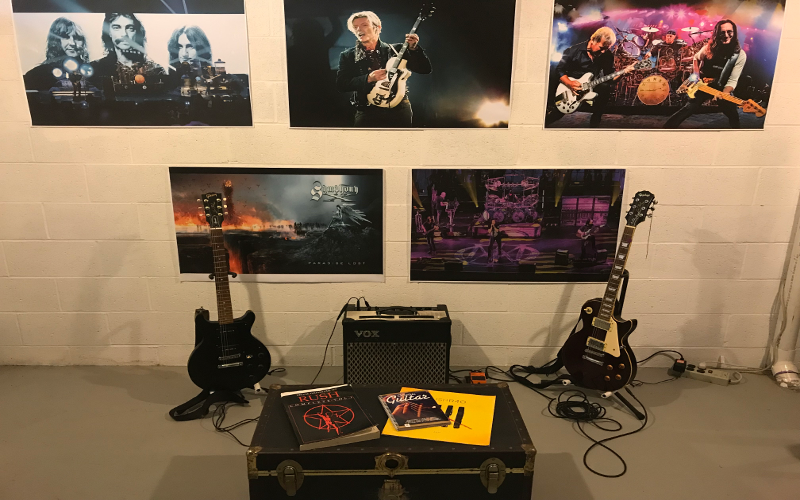 In June, 2006, I finally got around to pursuing a childhood dream–to play electric guitar. Some buddies who used to play in a band in the 90s (and who currently record in a progressive metal band called Psick) encouraged me to buy a guitar and start playing. So I did. And, boy, am I glad I listened to them. I’m having a blast learning chords, scales, riffs, etc.

I started with a cheap hollow body Epiphone and, after playing for a few months, I decided I would stick with it. So, I bought a wine-colored Epiphone Les Paul. Its humbucker pickups are very versatile and have a rich sound. As I played more, I decided I also wanted a more classic rock sound, so I bought a black Gibson Les Paul Double Cut. Its P-90 single coil pickups provide a lean, vintage sound. When I taught in Nanjing, China, in 2008, I missed my guitars, so I picked up a cheap metal guitar knock-off and continued learning to play. The guitar shop owners had their own punk band, and I started hanging out with them and going to their gigs. On Friday nights, if they weren’t playing a gig, I’d bring a few bottles of beer to their shop, and they gave me lessons. What a blast. I spoke no Chinese, and they spoke very little English, but we had a blast playing together.

My greatest challenge now is to learn how to play lead guitar. I’m pretty good at rhythm, and I love making up riffs and tunes or learning how to play some of my favorite Rush songs and the occasional Journey tune, but I struggle with lead. So, I’m learning scales, practicing them, and trying to improvise lead riffs over chord progressions. Tough but fun.

Short video of me playing one of my songs at the English House talent show in Yanji, China, at the Yanbian University of Science and Technology: